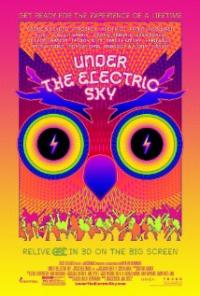 Beginning in 1997 with a few thousand revelers in Los Angeles, the Electric Daisy Carnival has become the largest dance music event in North America. Known for its over the top displays of pyrotechnics, world-class artists, costumed theatrical performers, interactive art installations, full scale carnival rides and state-of-the-art lighting and sound production, this year's festival attracted 345,000 attendees from June 21-23, 2013. Shot in IMAX 3D, the film will follow festivalgoers as they prepare for their journey to EDC Las Vegas and chronicle their unique experience throughout the three-day festival. Behind the scenes footage and interviews with key Insomniac team members will give new audiences the chance to discover what has made the Electric Daisy Carnival a global phenomenon.