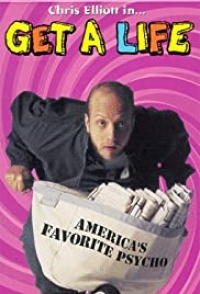 The misadventures of a 30-year-old paper-boy (played by Late Night alum Chris Elliot) and his wacky parents. Such show topics included the eating of a space alien, a robotic paper-boy and numerous beheadings. Get a Life was also one of the first television shows that featured the killing of the star of the show.