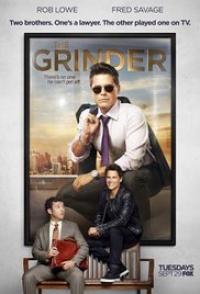 Follows the life of a former hit TV series actor by the name of Dean Sanderson (Rob Lowe). Dean has returned to his hometown of Boise, Idaho,after years of portraying a lawyer on the fictitious television show THE GRINDER in Hollywood. His years of portraying a lawyer on television has somehow given him the idea he is actually qualified to work in and perhaps run his family's real-life law firm.