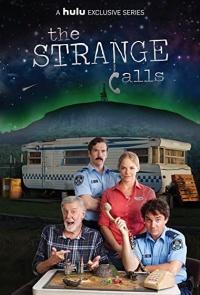 Hot Fuzz meets Haven, Aussie-style: A lighthearted, supernatural cop show set in a Australian seaside community of Coolum. A young constable arrives to take the night shift, answering calls from the residents who apparently have some special problems at night. His girlfriend dumps him; his office is a beat-up trailer; and his side-kick is an elderly gentleman who favors a Dungeons-and-Dragons style board game. "It can get pretty weird around here when the sun goes down."